Vikings in the Spotlight 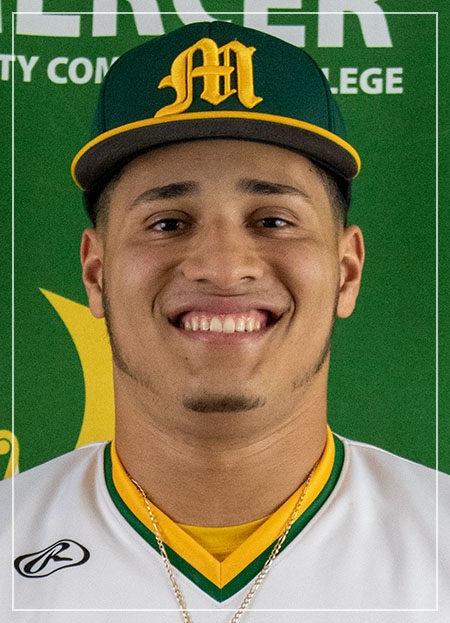 A week after he batted a .514, sophomore Greg Delgado earned Garden State Athletic Conference Player of the Week. 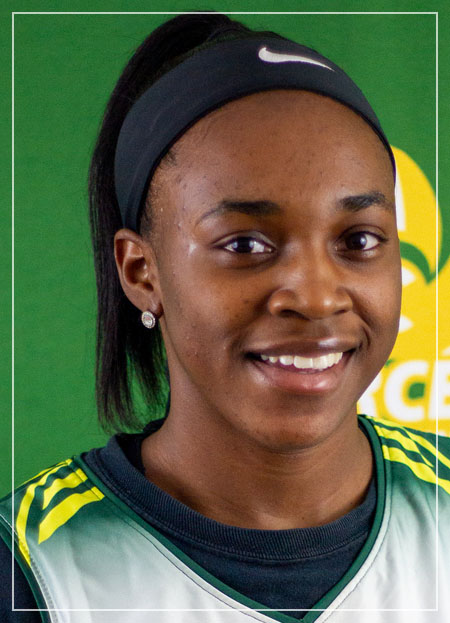 Through 17 games in the 2019-20 season, McMillan recorded 61 assists, nine shy of the 70 she dished out through 25 games last year. At her current rate of 3.5 assists per game, McMillan is on pace to finish the as the team’s leading passer. 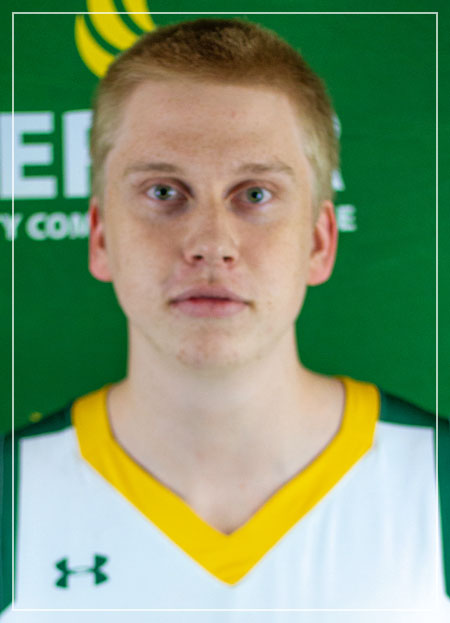 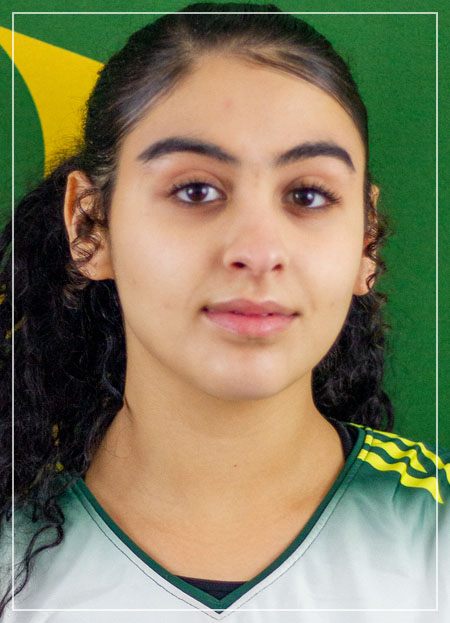 "Zena leads by example," Head Coach Mike Tenaglia said before the Lady Vikings' Dec. 12 victory over the County College of Morris. "She is always competing and pushing herself, in games, in practice and in the classroom - this semester she has been taking honors courses."

During the Fall 2019 semester, Aluboudi’s schedule features a pair of honors courses: Sociology and History. The extra workload supports her post-Mercer goals, which include transferring to Rutgers University - Newark. 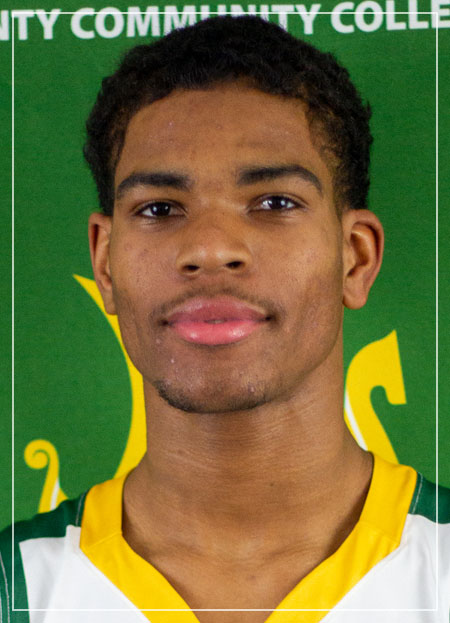 The freshman strung together three 20-point nights through his first seven games this season, including a 23 point, six-for-six free throw outing against Roxbury Community College to open the year.

“Tyrae has come in and had an immediate positive impact on our program,” said men’s basketball Head Coach Howard Levy. “He is already a terrific player who will be even better as he learns how we like to play.” 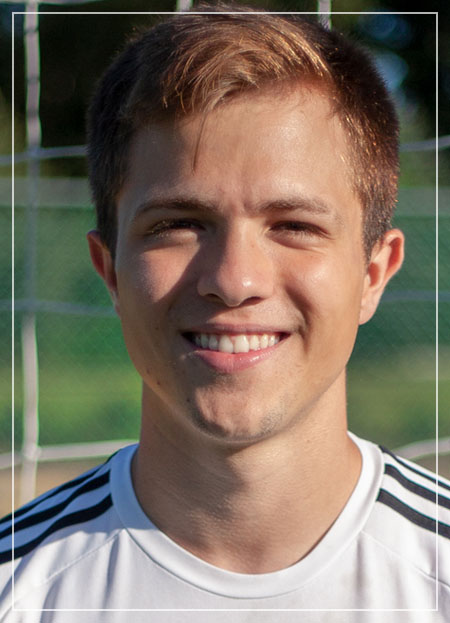 The midfielder, who Head Coach Widmarc Dalce complemented for his level-headed play, has served as an intermediary between the team’s high-volume scoring and rock-solid defense.

While he isn’t leading the attack in the vein of his teammates like Eiichi Yamaguchi or Kotaro Koga, Effitng has left his mark on the Vikings’ score sheets. He’s tallied five goals this season, two of which he scored in a 11-1 victory over Rockland Community College.

“Even when he doesn’t score, Eduardo plays so well,” Dalce said. “Last year his primary role was on defense, so to shift so seamlessly to midfield is a testament to his growth as a player.” 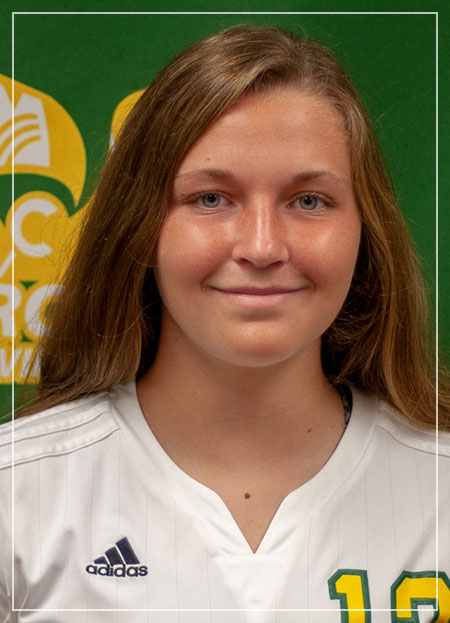 Gabby is a very consistent and composed player,” said women’s soccer Head Coach Elyse Diamond. "She has great field vision and is a team leader in the back field.""

Through the first 10 games, Gabby has been instrumental in helping the Lady Vikings stifle their opponents. She started in each of Mercer’s five shutout victories and even contributed a pair of assists in a 12-0 victory over the Community College of Baltimore County (CCBC) at Catonsville. 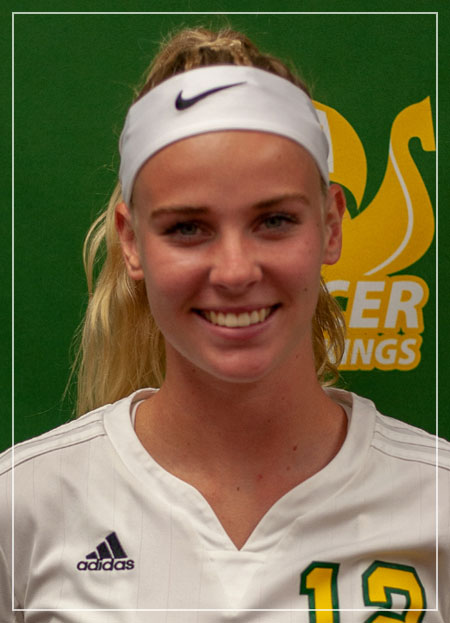 This season, Ervin is leading the Lady Vikings' offense by a healthy margin. She’s notched 14 goals through the first seven games this year, eclipsing her nine scored through the same amount of games in 2018.

“Jamie is a very special student athlete,” Head Coach Elyse Diamond said. “She has one of the best attitudes of any athlete I have coached.” 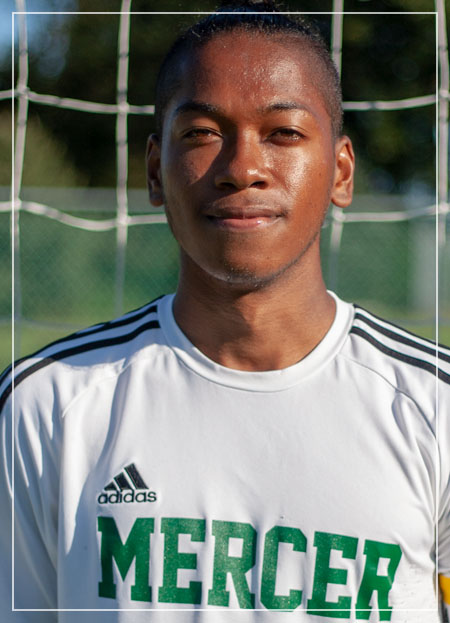 It's been a full year since Eiichi Yamaguchi has worn Mercer green and gold, but the men's soccer forward still has the magic touch.

“When Eiichi is on the field, he changes everything,” said men’s soccer Head Coach Widmarc Dalce. “Both offensively and defensively, everybody expects good things to happen when he’s in the game.” 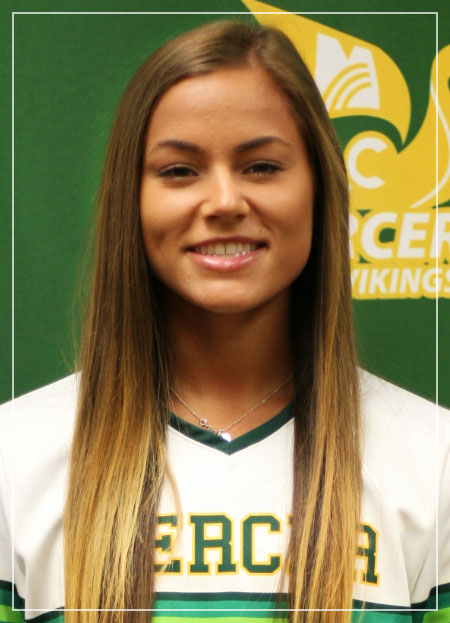 The freshman outfielder was one of a pair of players (along with Paige Metz) who suited up for all 46 of the Lady Vikings regular and post-season contests. Her appearances added up in more ways than one: in addition to scoring 42 runs on 51 hits, she converted 28 putouts on 29 total chances in the outfield

Ronnie Voacolo has been instrumental for the Mercer on the mound. He’s helped the Vikings to a solid 7-3 record in NJCAA Region XIX in 2019.

"You can feel Ronnie's presence and confidence when he takes the mound, even from the dugout," Head Coach Fred Carella said. "Ronnie is one of our captains on and off the field, and he's continually been someone we want to have the ball when it matters most." 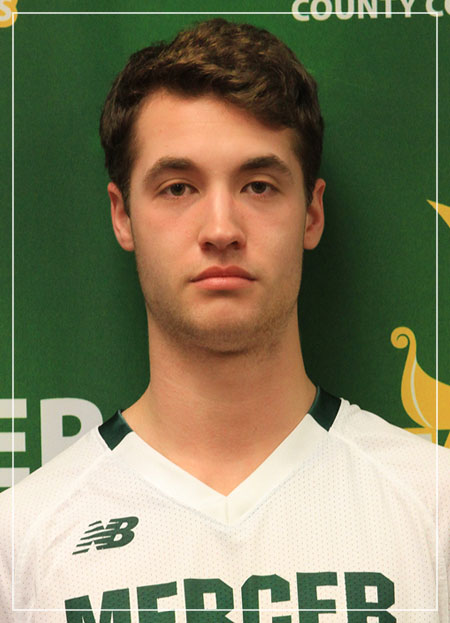 Nate Raccagno is using his combination of height and speed to strengthen the Vikings defenses, having recovered 51 ground ball through nine games this season. 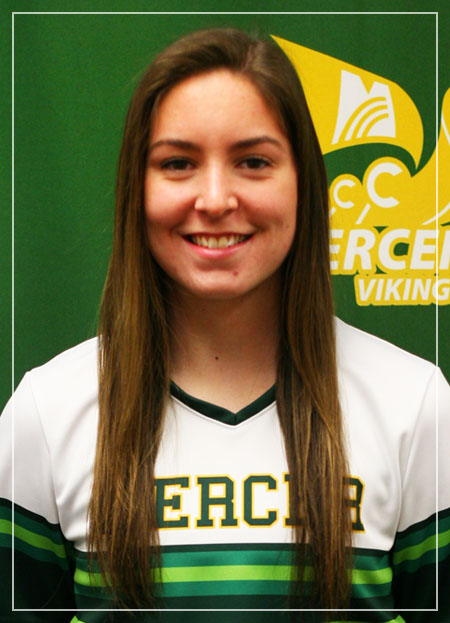 Freshman Infielder Paige Metz has established herself as a leader while keeping Mercer competitive through the first half of the season.

“Paige has been one of our best players since day one,” said MCCC softball Head Coach Ryan Zegarski. “She might not be the loudest player on our team, but she leads by example every day.”

Through 22 games, Metz is fifth in NJCAA Division 2 in triples with four on the season. She boasts Mercer’s best batting average at .405 and has even made an appearance on the mound, pitching two innings against Delaware Tech on March 30. 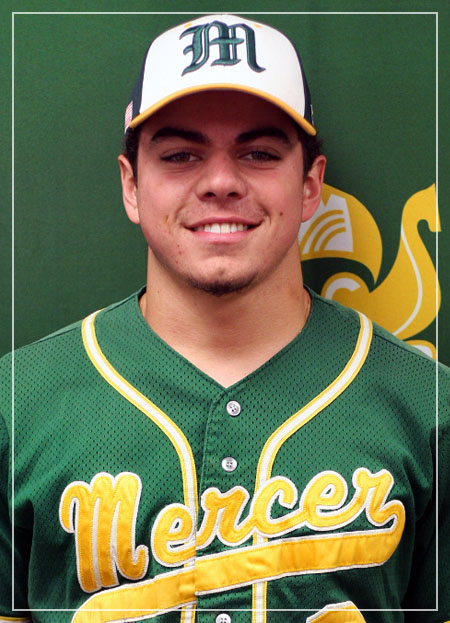 MCCC outfielder Domenic Boselli has helped the Vikings to a tremendous start to the 2019 season. Boselli led the Vikings to an 11-1 record and a top-20 ranking in the National Junior College Athletic Association (NJCAA) weekly poll.

Through 44 at bats, the sophomore has connected on 23 hits for an outstanding .523 batting average. His accuracy has seemingly rubbed off on his teammates, three of whom are batting at least .500 with a minimum of 10 trips to the plate. 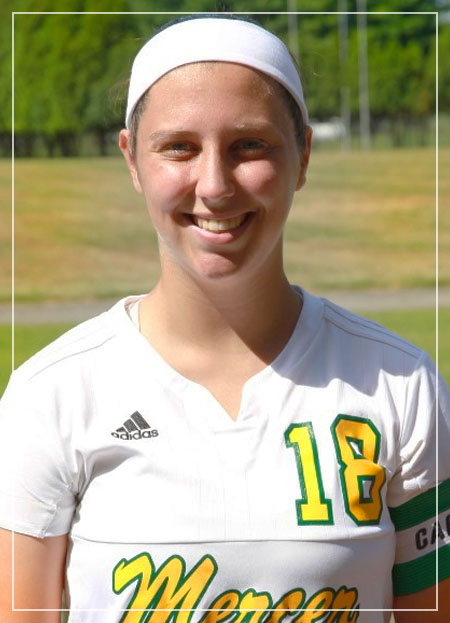 Taylor Mastropasqua, a sophomore on the Mercer County Community College (MCCC) women’s soccer team, was selected as the college’s 2019 representative for the National Association for Girls and Women in Sports (NAGWS) Day.

Mastropasqua’s leadership came to a head in the 2018 season, when the team needed her to transition from offense to defense. Diamond said, “We moved Taylor to a central defender position mid-season, and she proved to be a very versatile player.” Even after switching roles, Mastropasqua managed to lead the team in assists, with six on the year. 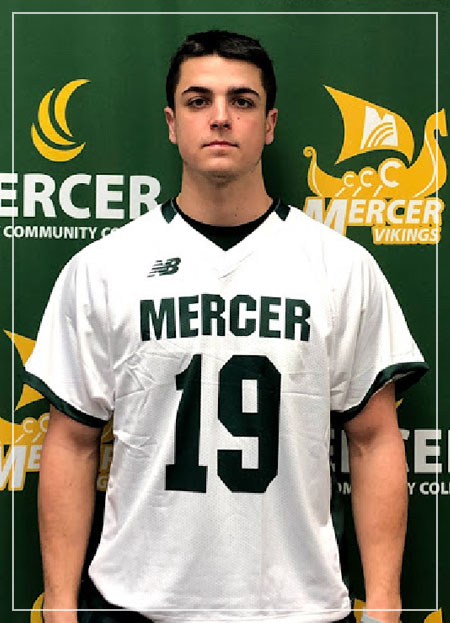 In the first game of the MCCC’s inaugural season, Moore connected on seven goals and scored 11 points to help the Vikings to a win over Finger Lakes Community College. Moore also recovered five ground balls in the victory. 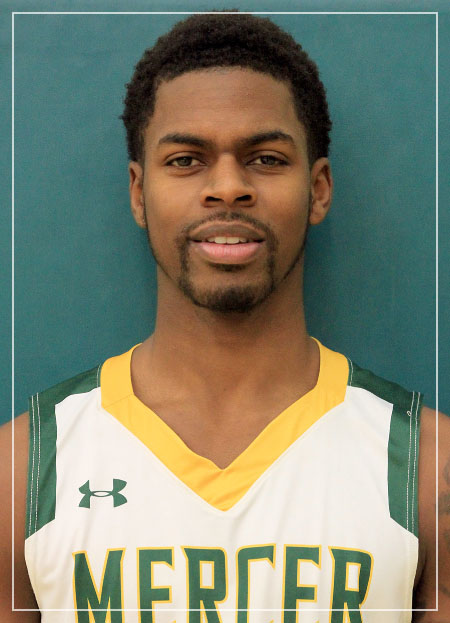 Guess' achievement this season hit the milestone mark midway through the Vikings' Feb. 7 game against Essex County College. His 28th point that night was the 1,000th of his Mercer career. Such a feat hasn't been recorded by an MCCC player in decades. 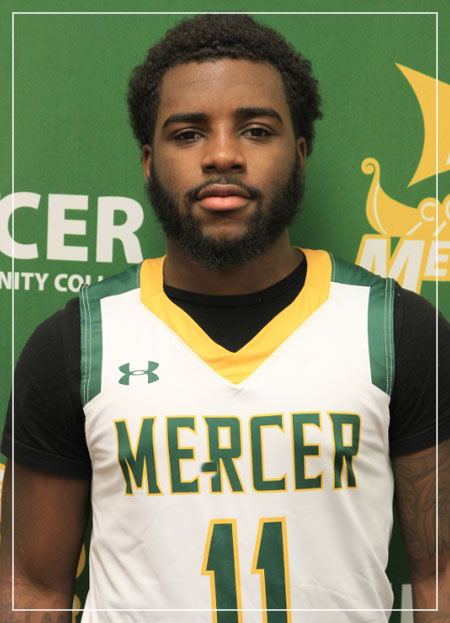 During a 5 game stretch John lit up the box score, averaging 15.2 points per game while contributing two steals each contest on the defensive end. 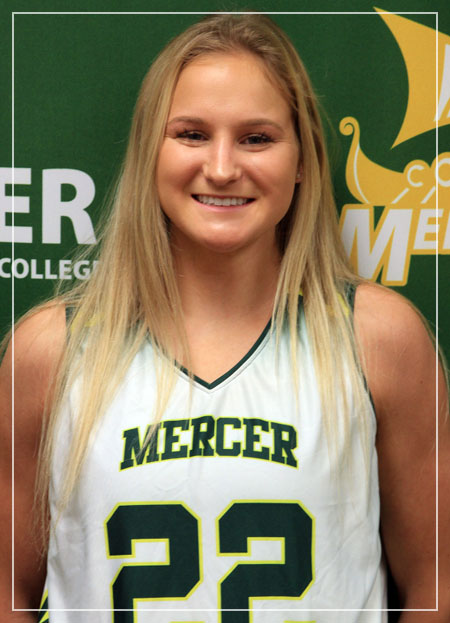 Though Morgan Papp's season came to an early end, the sophomore forward has continued to be a bright spot for the Lady Vikings. 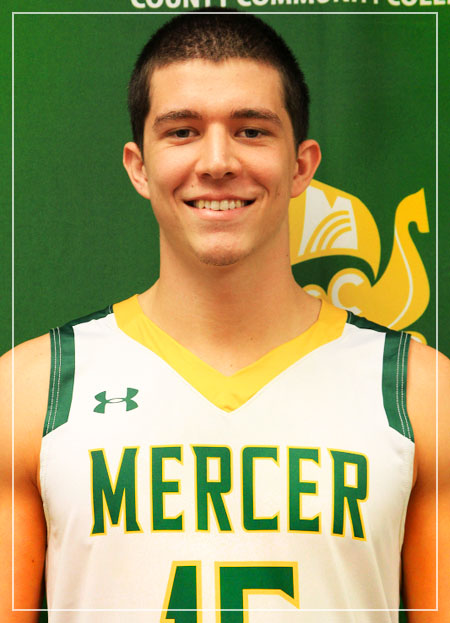 Sophomore Forward Adnan Bajrami is having a stellar start to the season. His 31-point night helped lift the Vikings to their first win, which came against Delaware Tech on Nov. 10. 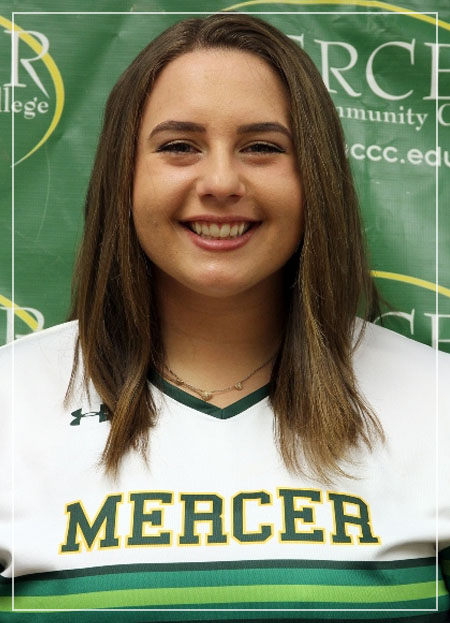 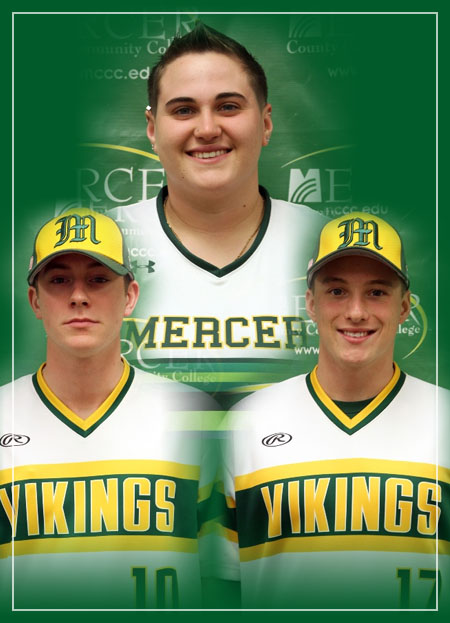 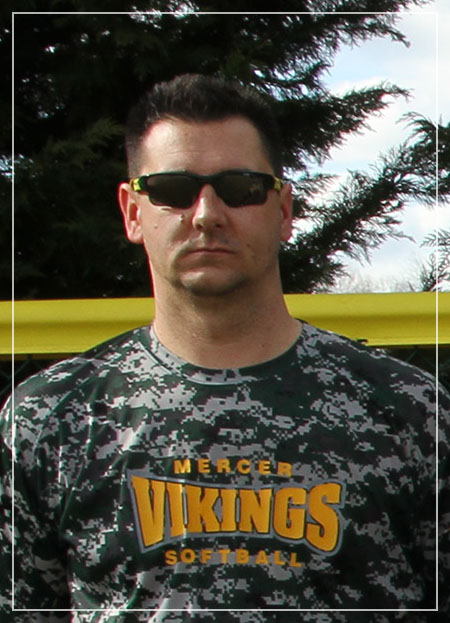